Top 10 Hangout Places In Delhi That Will Leave You Spellbound.

Museum of illusions: Museum of Illusions is a place that tricks your mind into thinking it’s true. The Museum of Illusions in New Delhi brings you a space suitable both for social and entertaining tours into the world of illusion which has delighted all generations, with its perfect combination between child-friendly features as well as adult ones! You’ll never want this experience to end so come on down anytime during open hours.
Book your tickets now:- https://museumofillusions.in/tickets/ 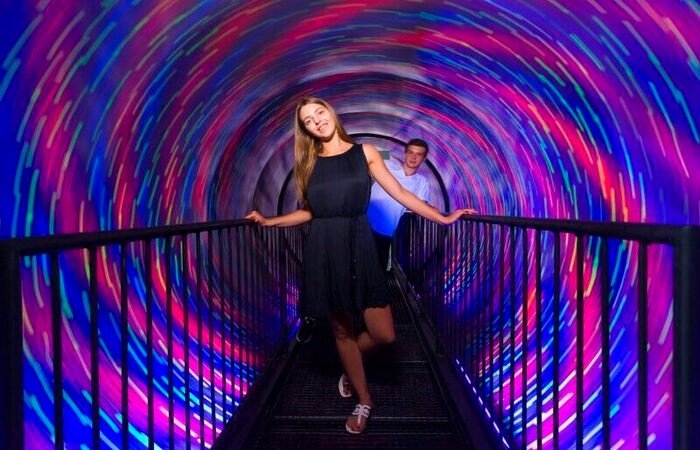 Red Fort: There is something about the red sandstone walls of India’s massive Red Fort (Lal Qila) that rise 33-m above Old Delhi and create an elegant frame for this bustling metropolis. The Red Fort’s ancient walls are a reminder of the majestic power and pomp that was once Mughal ruled in India. Built by Shah Jahan between 1638 and 1648 to keep out invaders; now they mostly function as noise insulation which helps visitors escape life in Imperial City with patience intact. 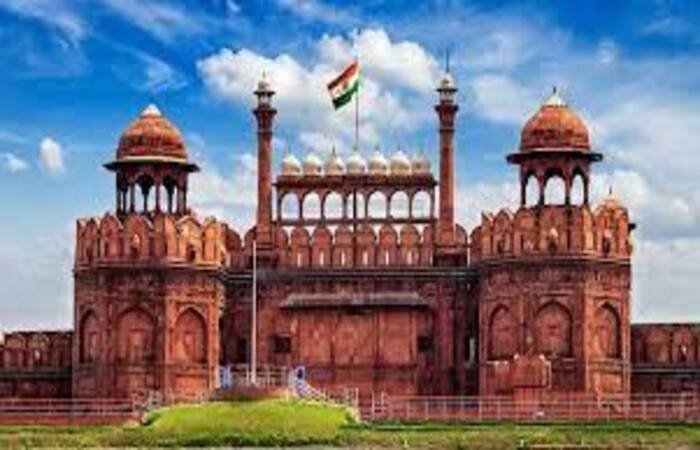 Lotus temple: The temple is a beautiful and intricate construction of white marble. The lotus flower, which can be found at various sites around the world including India’s Nerdham locality where this temple stands as well as other parts throughout Asia such as China or Japan has been associated with Buddhism since ancient times due to its significance in Hinduism religions alike; however, it also serves an additional purpose beyond just being aesthetically pleasing because they believe drinking from these waters will help enhance one’s mental capabilities when fully immersed within them! 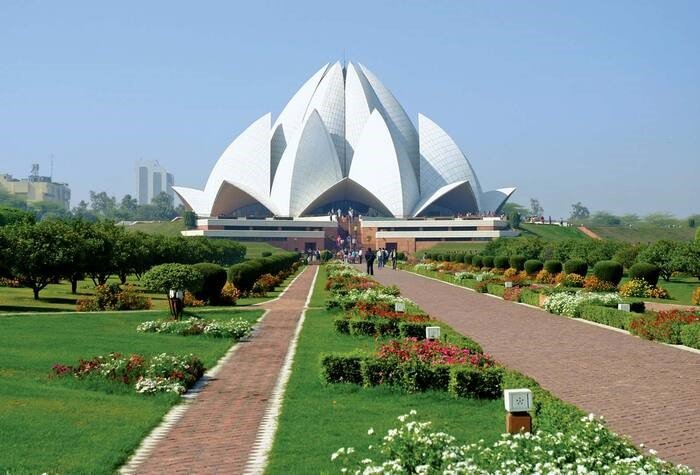 Qutub Minar: Qutub Minar, also known as the Tower of Victory and built by Qutb-ud din Aibak after his victory over Delhi’s last Hindu kingdom in 1193 AD. The 73-meter tall structure has five distinct floors with projecting balconies each marking an important level from the base 15 meters wide contracted up 2 1/2 feet near the top where marble cladding covers the fourth & fifth stories which are made mostly out of sandstone rocks. 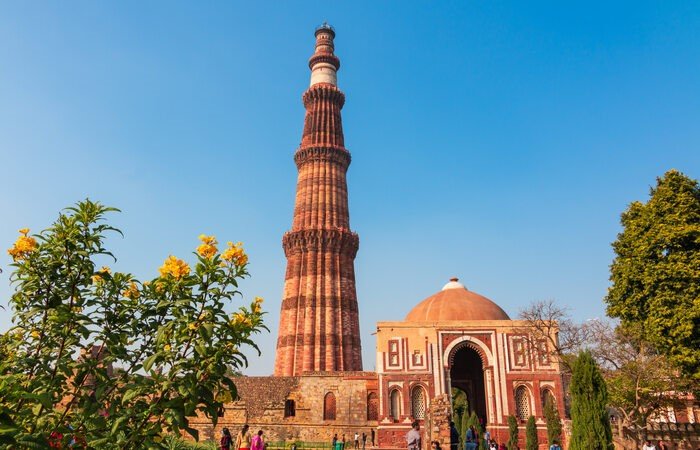 Jantar Mantar: The instruments at Jantar Mantar are fascinating for their ingenuity, but accurate observations can no longer be made from here because of the tall buildings around. Maharaja Jai Singh built this observatory to find out what was going on with astronomy and astrology in 1724 AD when he lost all hope that anyone would ever understand his markings on these strange new devices called “instruments.”  With so many people living up above eye level now-a-days – unable even see across town without looking down!

Purana Qila: The huge gateway and walls of Purana Quila were built by Humayun. The foundation was laid for the new capital, Dinpanah – now known as Delhi in our modern-day language! The work began with Sher Shah Suri who displaced him from power but not before building this one-of-kind venue where a spectacular sound & light show takes place every evening reminding us all about what once stood here centuries ago. 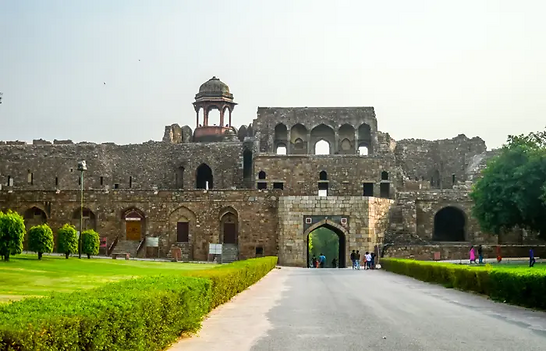 India gate: India Gate stands as a symbol of unity and sacrifice, reminding all who visit that soldiers from both sides lost their lives in the Indo-Pakistani War. The foundation stone was laid by His Royal Highness Duke Of Connaught more than 80 years ago; it took 10 long years for this memorial to be completed under Viceroy Lord Irwin’s rule before we could finally celebrate our freedom at independence day celebrations on August 15th 1947 – which is why you’ll find an eternal flame burning beneath its arch today! 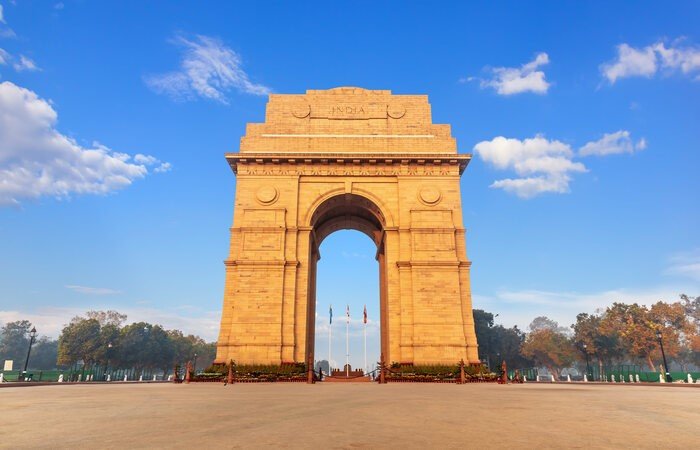 Jama Masjid: The Great Mosque of Delhi is a beautiful and historical mosque that houses 25,000 people. It was begun in 1644 by Shah Jahan who also constructed the Taj Mahal as well as one of India’s most famous landmarks: The Red Fort! The highly decorative has three great gates four towers two 40-meter-high minarets made from strips of red sandstone and white marble. This may be the only time you get to dress like a local without feeling like an outsider so makes the most of it. 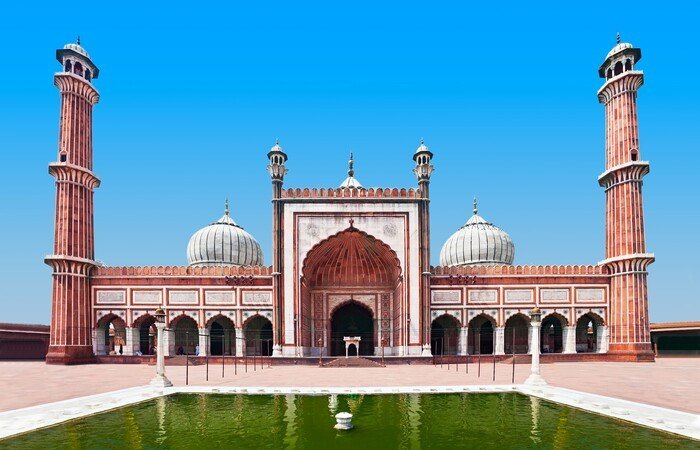 Tughlakabad Fort: Tughlakabad Fort is one of the most intriguing places to visit in Delhi. The architecture here developed its own unique style that can be seen with examples like Tughlaqabad Fort, Bari Manzil or Bijai Mandal between Kalu Sarai and Begampur village Khirkee Mosque Chirag-i Dilli’s Dargah situated on Malviya Nagar -Kalkaji Road at village Chirag. The output passage includes information about what you’ll see when visiting these sites as well as why this area holds significance for our history. 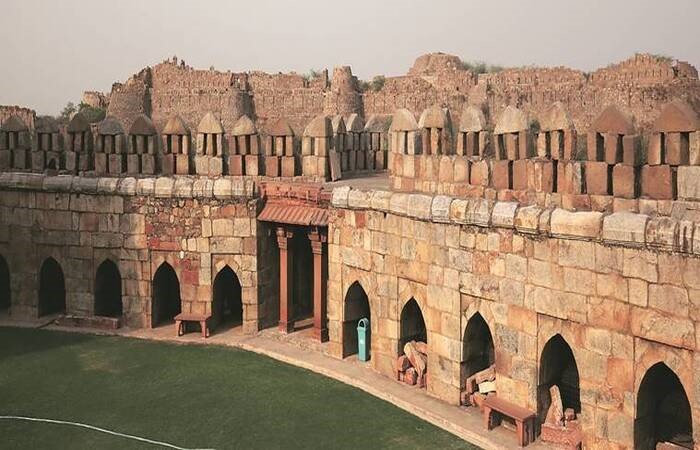 Akshardham: The majestic Swaminarayan Akshardham Mandir is a must-see for any visitor to Delhi! The vast complex of this temple, which includes the main worshiping area and many other buildings connected with it through gardens or open courtyards surrounded by pink sandstone walls decorated delicately at their edges where they meet marble floors. The surrounding architecture follows the traditional Vastu shastra as well as Pancharatra Shastra. 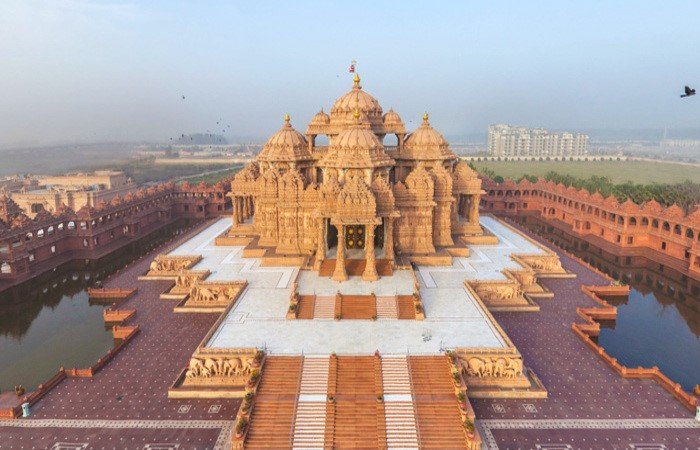 Whether you are looking for history, culture, nightlife, or just a place to relax, Delhi city has something to offer. We hope you enjoyed reading our list of top 10 hangout places in Delhi and that you will visit some of these amazing locations soon.